I have been in the job market for a few months now looking for work as a web developer. A certain percentage of companies have decided not to work with me but I have decided not to work with a larger percentage of them. Why turn down a job in this market? To put it bluntly, because most of you people are showing up for a pay check and that is the only reason you show up. If that statement shocks you then perhaps I am directing this post at you. Yes, you.

Take a seat, you need to see a guy about a thing.

Pop quiz: How do you kill a man?
The obvious aside, one sure fire way is to stick him in a situation, virtually every day, virtually all day, where he is unhappy. Some place that creeps into his head and, after waking up one day, he decides he hates. It will probably sneak up on him. Not long after this realize will feed into itself and turn into less and less productivity for your company. This is the state of the “code factories” in most IT departments. All the benefits and job stability in the world is not worth it one byte. I, personally, will take a job way below my previous pay grade at an unstable start up in order to care for my family before I come home and take all that out on them. Although I have nothing against working for larger companies I do not favor them because they tend to be less interested in the people and making good product.

I have discovered a few warning signs that a place is too far gone to be worth any amount of compensation:

I realize some of (all of?) this comes off as a war cry against The Man™ and makes me sound like a rebel. I suppose in some respects I even am. I am not anti-big company nor am I trying to convince anyone to change anything they are already doing that works; A company is there the make a profit and my job, as a programmer, is to do with what I have and churn out code as fast as I reasonably can for said company. There is a balance there that, in a perfect world I would rally against, but in reality I see it as a necessary evil. These are just my thoughts on the subject as I have seen them over and over recently. Most of the old ways of doing things have lasted this long for good reasons, but so has evolution. Keep in touch with your people, communicate often, and remember the long-term far out weights the short-term nine times out of ten.

I just built myself a new Windows VM. After I spent the next ~six hours patching and rebooting several thousand times I went to install Microsoft Visual C++ Express. I had not yet had a chance to play with it before today but 2010 has been released into the wild. So I download it and start the installer. To my absolute surprise the bare-bones install is 2.4GBs. Two, point, four gigabytes. Two, point, four gigabytes. I was floored.

I have not been quiet about my great exodus not so much towards Linux but away from Windows. I used to get phone calls every week from family and friends about how their computers were slow, something stopped working out of the blue, or whatever. I have since moved most of them to 100% free software built by the community and have never hear of any problems since. As a matter of fact my father (who requires Windows-based software for work that mandated he stay with Windows) uses my mother’s Ubuntu-based laptop whenever possible because he is absolutely sick of the headaches. This is a man who does not know a mouse from a trackball and given his inexperience even he is sick of the God-damned horror show that is Microsoft Windows.

Any way, back to the point before I wrap up my short rant. I will now move all of my software development over to another operating systems and cross-compile from now on.

Hey, Microsoft. I am disgusted by you. I have a choice and I no longer choose you.

I have bitched about it before and I will bitch about it again: I have no free time. This past week has been one non-stop head ache after another. I all but slept in the office all last week under very stressful conditions. I had to try to do everything I did not get to do over the work week during the weekend (which I failed at, thank you Easter).

I run Ubuntu 9.10 x64 using PulseAudio (the Ubuntu 9.10 default) on my primary computer for everything except gaming. About kernel 2.6.31-17 I noticed my sound stopped working. The volume controls still seemed to work but, alas, no audio. I tried everything I could think of or find online. As it turned out there was nothing wrong with PulseAudio. The problem was that my modem was grabbing the sound device before PulseAudio could (which also accounted for why every ~25th boot my sound would work fine).

Below are the simple steps I took to fix my issue.

Note that fuser is only used to confirm the modem is the issue while pulseaudio will restart after killed, thus properly grabbing the sound device.

Since I not using my modem these steps worked for me. Obviously this would cause a problem for you if you were using your modem. If that is the case check out one of the other proposed solutions and see if one of those works for you.

In a previous post I talked about a failed board game idea and I implied I might try it as a web-based game. Well after a lot of work on that I decided to take a break and try a game on Steam. Turns out I bought a game a while ago by the name of Mayhem Intergalactic but never played it.

Upon reading the text on the Help screen is when I realised this is basically the same game. Liking the basic concept– obviously– I started up a quick single player game versus the AI. Turns out it is nearly identical to my vision. Sure, I previously figured out my ideas were not all that original, but how many clones of the same game can the public tolerate? If someone likes my game over the competitions I would like to think it has to do with the features. Not because they simply did not already have alliance to another, similar game.

I still feel my version brings something to the table that the others lack (at least as far as I have seen). However, I need to ask myself if I still want to continue; Time is not something I have a lot of and I might rather work on something a bit more unique. After all, the sub-systems I have already built (login, chat, security mechanisms, ect) could be moved to another project virtually unmodified so it is not like scraping this project would mean I wasted most of my time… 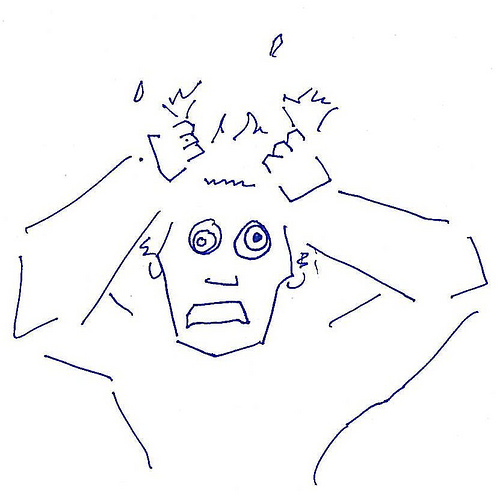 I have a serious problem; That problem is there is not enough time in the day.

There are too many things I want to get done. Mass Effect 2, Batman: Arkham Asylum, F.E.A.R. 2, and Fallout 3 have already been released. BioShock 2, Aliens vs Predator, Sins of a Solar Empire: Diplomacy, and Assassin’s Creed 2 (PC version) are all on their way very soon and that is between learning Spanish and working on my various projects. I have a stack of books taller than myself to get through. This does not include the fact I spend ~9.5 hours a day either in transit or at work. I am working on automating some things in my apartment which is eating up more time than I figured it would. Plus there are the ventures I am working on in cooperation with other people which depend on their schedules as well as mine. Also on Wednesdays I head to The Game Table for some much needed time off (yes, I need to schedule The Funtm).

Sure some of these problems are video games but, much like a good book, a good video game is at least as worth-while. Perhaps my LEGOs will have some solutions for me when I get home tonight…