I have recently stumbled upon SmoothWall Express 3.0 SP1. I am getting down-right giddy thinking about all the neat things I can do at home with this thing.

SmoothWall Express is a stand-alone, open-source firewall project. It has a large, active community full of helpful people. Some of these helpful people create mods to extend the functionality such as the ultra useful Full Firewall Control mod.

In my experiments I was able to create a very tiny box with two NICs, little RAM (256MB), a spare Pentium 4 I had laying around, and a 2GB Compact Flash card as the local storage. This poor excuse for a machine was able to stand up to some pretty heavy traffic– without ever passing .25 load, mind you– including a few test torrents totaling over 1,000 connected peers.

My ultimate goal is the separation of all traffic according to use. I might have one public, outward-facing interface for the Internet connection and three inward-facing interfaces for the local traffic (private wired, private wireless, and an internal DMZ). I also plan to build a beefy VMware ESXi box so I can sandbox each of my services (vpn, web, SQL, e-mail, ect) and do nearly all of the networking within virtual hardware.

When Microsoft announced Windows 7 I went to my favorite retailer and pre-ordered my copy of Ultimate. Of course the more versions of Windows we get the less older games we can play on them.

Dungeon Keeper 2 was always one of my personal favorites. Seeing my lovely girl playing it on Windows Vista made me want to play a game so I dug it out from a pile of old discs and installed it on Windows 7. It would not start. I tried compatibility modes, sacrificing a dog, and a third thing. It simply, positively would not start. So I thought “screw this, I am going to Linux.”

One might note that I never actually installed the game. I had it installed on Windows and I simply moved the files over to my EXT4 partition (running them off of my NTFS partition probably would have worked just as well). I also grabbed a no-CD crack so I would not need the disc (buy the game because it is damn well worth it). I have not yet gotten the mouse perfect but I am pretty happy with it right now. All the applications I had open at the time seemed to disappear but were still running. I do not know why this was and I currently have no idea where to look to fix it. 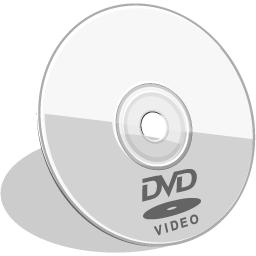 Most DVDs you will come across are CSS encrypted. When you rely on a open source operating system that aims to be free, like Linux, this can prove to be a problem for you. Just run the following in a terminal to allow Ubuntu to play commercial DVDs.

In some countries this is illegal. Take a look at your local laws to make sure you will not bring the fuzz down on yourself.

I have become very interested in playing with RoboCode as of late. Wikipedia sums it up pretty nicley:

Competitors write software that controls a miniature tank that fights other identically-built (but differently programmed) tanks in a playing field. Robots can move, shoot at each other, scan for each other, and hit the walls (or other robots) if they aren’t careful. Though the idea of this “game” may seem simple, the actual strategy needed to win is not. Good robots can have thousands of lines in their code dedicated to strategy. Some of the more successful robots use techniques such as statistical analysis or attempts at neural networks in their designs.

I do go on with my rants about Java however I have gone as far as proposing an in-house tournament between friends. I have even drawn up game types and rules for this tournament. This could prove to be a great introduction to programming for them and a lot of fun for everyone.

Also I get to crush their robots with great prejudice in robo-combat.

There has been a surprising amount of activity in my Choose Your Own Adventure game. The most popular page? The one where a robot “looks at you… [and] beeps in an obnoxious manner…”

This activity makes me want to reboot the project while keeping the already-created user data. The project was never finished and still lacks a decent user management system and proper linking facilities (IE linking to other, already created pages). Plus once it is finished I will feel comfortable releasing the code and whoever wants to will be able to host their own version.

I run Ubuntu 9.10 x64 using PulseAudio (the Ubuntu 9.10 default) on my primary computer for everything except gaming. About kernel 2.6.31-17 I noticed my sound stopped working. The volume controls still seemed to work but, alas, no audio. I tried everything I could think of or find online. As it turned out there was nothing wrong with PulseAudio. The problem was that my modem was grabbing the sound device before PulseAudio could (which also accounted for why every ~25th boot my sound would work fine).

Below are the simple steps I took to fix my issue.

Note that fuser is only used to confirm the modem is the issue while pulseaudio will restart after killed, thus properly grabbing the sound device.

Since I not using my modem these steps worked for me. Obviously this would cause a problem for you if you were using your modem. If that is the case check out one of the other proposed solutions and see if one of those works for you.

I have been working from when I wake up into the late hours of the night every day. For weeks I have designed, built, and tweaked. My projects and visions for them are coming closer and closer to completion. Most of my work has been secret and the information I have shared with the few has been intentionally sparse. It has been a long time since I have felt such pride and worked so hard for it.

If I can keep up this pace up for a few more weeks big things for everyone who wants them are coming.